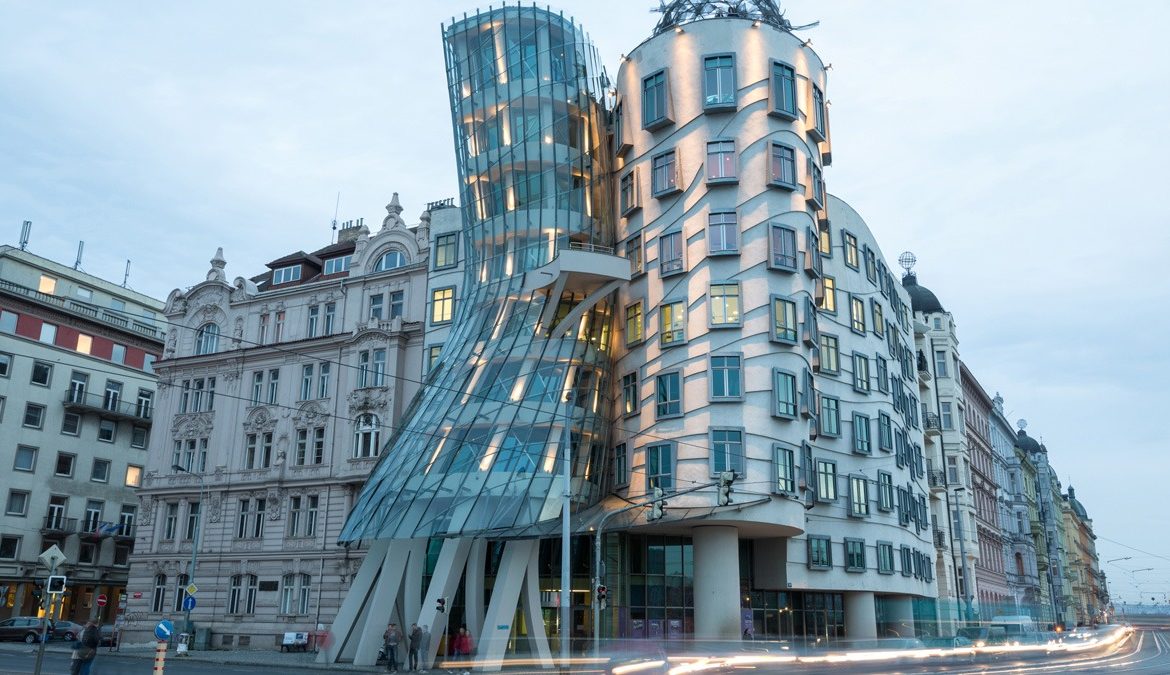 Prague is one of the most dynamic cities in Europe. Aside from its grand buildings and elegant streets, there’s a distinct creative edge, with weird and wonderful attractions regularly popping up in the least expected places. From Futura’s contemporary art exhibitions, to the colourful John Lennon Wall, discover a secret side to the city with this guide to Prague’s coolest places.

David Černý is the Czech Republic’s rebel sculptor. His large-scale installations are creative, often controversial and Prague, his hometown, is full of them. Head to Kampa Park for the artist’s triplet of giant, faceless Crawling Babies; and the square next to Národní Třída metro station to see Metalmorphosis – a huge, rotating model of Franz Kafka’s head. In Lucerna Passage, an arcade off Vodickova Street, you’ll find Černý’s cheeky update of the city’s stately St. Wenceslas statue.

The Futura Centre for Contemporary Art

With three floors of work by the world’s hottest contemporary artists, Futura is a Prague gallery you don’t want to miss. Top of our list to see is another entertaining installation by David Černý. Entitled Brownnosers, the interactive piece features two giant figures leaning over, their torsos disappearing into the wall in front. To get the full (and rather bizarre) experience, climb the ladders and peer through the pair of backsides, behind which a video of a Czech politician and artist feeding each other is playing to the soundtrack of Queen’s We are the Champions. Oh, and did we mention it’s free?

The Dancing House is an awesome example of modernist architecture taken to the extreme. The curved building overlooks the Vltava River, and was designed in the 1990s by Czech and American architects Vlado Milunić and Frank Gehry. Its other name is the Fred and Ginger Building (after legendary dance duo Fred Astaire and Gingers Rogers), because the building looks like a dancing couple. Stroll over at twilight with your camera – the dancers will be lit up and make for a great photo opportunity. Then grab a bite to eat at the top floor restaurant for amazing views of the city.

The Museum of Historical Chamber Pots and Toilets

For the city’s ultimate unpredictable activity, take a trip to The Museum of Historical Chamber Pots and Toilets. With over 2,000 objects to browse, this eccentric exhibit houses the largest collection of old-fashioned loos in the world. While its subject matter might not sound the most appealing, the museum certainly provides a couple of hours of (surprisingly educational) entertainment. Highlights include chamber pots once belonging to Napoleon Bonaparte, the Titanic and The White House – they will definitely leave you feeling grateful for modern day facilities!

Popular with tourists but still a must-see, this famous wall near Charles Bridge began its colourful history in the ‘80s. It gets its name from the giant mural of the much-loved Beatles singer painted across the wall after his death. Lennon was a pacifist hero for many young Czechs and, as more and more inspiring pictures and slogans began to appear around his portrait, the wall itself became a symbol of peace and love in communist-era Eastern Europe. The wall is still contributed to today, if you fancy picking up a can of spray paint and making your mark.

Plan your trip with Panorama Prague