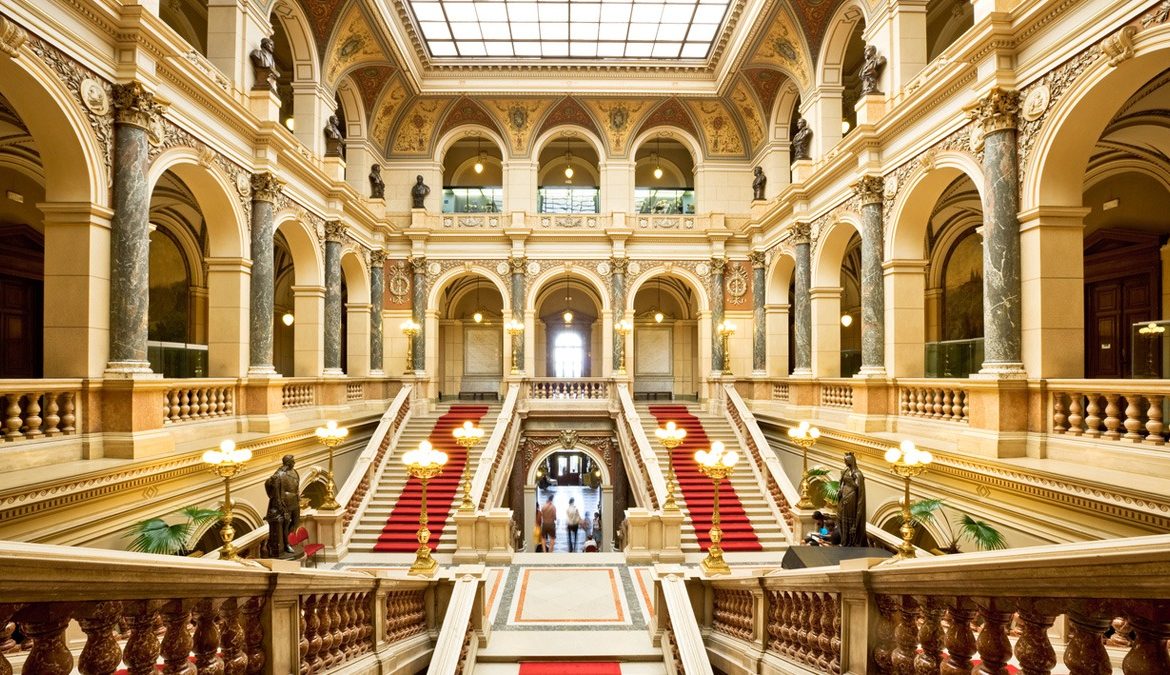 With plenty of historic sights, characterful architecture and stunning cityscapes, it’s hardly surprising that Prague is a favourite filming location for Hollywood directors. Visit the city and you’ll find yourself in the backdrop of blockbusters such as Mission: Impossible and Hellboy, classic pictures like Amadeus and adaptations including Les Misérables. Film buffs take note, here are some of the most famous movies filmed in Prague.

Mission: Impossible
Spy movie Mission: Impossible starring Tom Cruise was one of the first major action thrillers to be set and filmed (in part) in Prague. During the 1996 film, viewers will be able to spot sights such as Charles Bridge, Old Town Square and the National Museum, as fugitive spy Ethan Hunt attempts to track down a suspect in Prague. When Mission: Impossible – Ghost Protocol was made over a decade later, film crews returned to the capital.  For this 2011 production, Prague doubled as Moscow, with Prague Castle standing in for the Kremlin, and a ‘Moscow prison’ just outside of the city opening the movie with a dramatic escape scene.

Casino Royale
Casino Royale may be best known for Daniel Craig’s debut performance as James Bond but Prague also plays a starring role in the film.  Several scenes of the 2006 movie were filmed in the Czech capital, look out for the opening scene, which was shot at Danube House. Eagle-eyed viewers will also notice that the stairs of the hotel in Venice are, in reality, the stairs of the National Museum of Prague, while the Strahov Monastery, Prague Airport and the nearby spa town of Karlovy Vary also make an appearance.

Les Misérables
The 2012 remake of Les Misérables may have been shot in England but the original 1998 adaptation starring Liam Neeson and Uma Thurman was filmed mostly in the Czech Republic. Whilst most of the filming took place in villages outside of the capital, Prague’s Troja Palace stands in for the court in the pivotal scene where the protagonist finally admits that his true identity is Jean Valjean. In addition, Valjean’s Paris house is actually a manor in Prague – the same house that plays the part of Mozart’s residence in Amadeus.

Amadeus
Oscar-winning American period drama Amadeus was one of the first major international movies to be filmed in Prague. Made in 1984, the movie was awarded eight gongs at the 57th Academy Awards and it was directed by Czech director Miloš Forman, who chose Prague as a stand in for Vienna. Walk in the footsteps of the film by exploring the streets of Prague Old Town and Lesser Town at the foot of Prague Castle, visiting Strahov Monastery – a recurrent favourite of film directors – or taking in a show at the historic Estates Theatre.

Hellboy
Despite being set in America and Russia, 2004 action fantasy flick Hellboy was filmed predominantly in Prague. Explore the Czech capital to discover many familiar scenes from the comic film adaptation. The most distinctive is the protagonist’s house, the National Monument on top of Vítkov hill. Other places that Hellboy fans will recognise are Olšany Cemetery, Strahov Monastery, Holešovice and Smíchov, among others, while many studio scenes were shot in Prague’s Barrandov Studios. The cast of the film also includes a few famous Czech faces, such as Karel Roden, who played Grigori Rasputin.